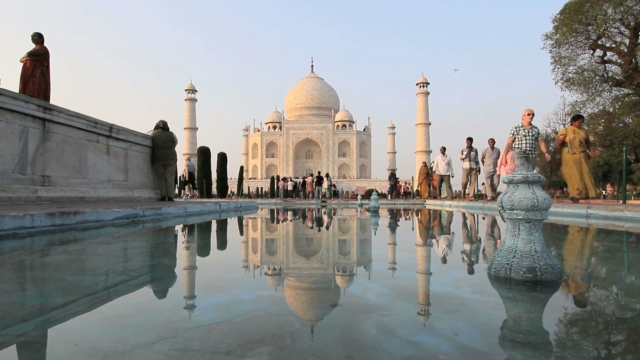 On Sunday, Mahesh Sharma talked to reporters about the safety advice included in welcome kits for foreign women traveling to India. According to a translation from The Guardian, Sharma said: "In that kit they are given do's and don'ts. These are very small things, like, they should not venture out alone at night in small places, or wear skirts."

SEE MORE: Qatar Charged And Convicted A Woman Who Reported She'd Been Raped

The topic of the welcome kits reportedly came up when reporters asked about safety in Agra, the city that's home to the world-famous Taj Mahal.

Early this month, numerous outlets reported videos of gang rapes are being sold in the state that Agra is located in.

The prevalence of rape cases in India has gained international attention. According to India's National Crime Records Bureau, there were 22,172 reported rapes in 2010. That number increased every year, reaching 36,735 cases in 2014.

Sharma clarified his remarks on Monday, reportedly saying, "I am a father of two daughters. ... I would never tell women what they should wear or not ... but it is not a crime to be cautious."

The U.S. Department of State suggests "U.S. citizens, particularly women, are cautioned not to travel alone in India. Women traveling in India are advised to respect local dress and customs." Those customs can include "wearing clothing that covers their legs and shoulders."