Forgoing Health Insurance Is About To Get Pricier 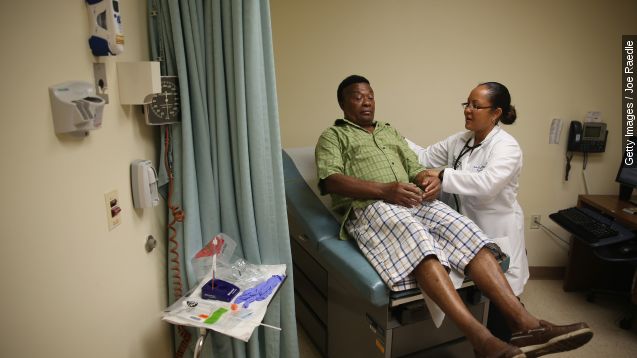 SMS
Forgoing Health Insurance Is About To Get Pricier
By Katie Link
By Katie Link
October 19, 2015
In 2016, penalties will increase for Americans who don't have health insurance but could afford it.
SHOW TRANSCRIPT

"We can now say this for certain: The Affordable Care Act still stands. It is working, and it is here to stay," President Obama said during a weekly address in June. (Video via The White House)

It's here to stay, and it's getting pricier for some. The federal penalty for not having health insurance is set to rise next year to 2.5 percent of taxable household income or $695 per person, whichever amount's greater.

The penalty applies to people who can afford health insurance but choose not to buy it. In 2015, uninsured Americans paid 2 percent of their yearly income or $325 each to the government.

The raised fee is just one of several Obamacare issues critics have railed against, though it's not like the uninsured didn't have plenty of notice. In response, the administration has tried to stress the positives.

"More than 16 million uninsured Americans have gained coverage so far. Nearly 1 in 3 Americans who was uninsured a few years ago is insured today," Obama said.

The administration hopes 3 million to 4 million currently uninsured Americans will sign up for health insurance by the end of 2016. The sign-up season starts this year on Nov. 1 and ends Jan. 31, 2016.