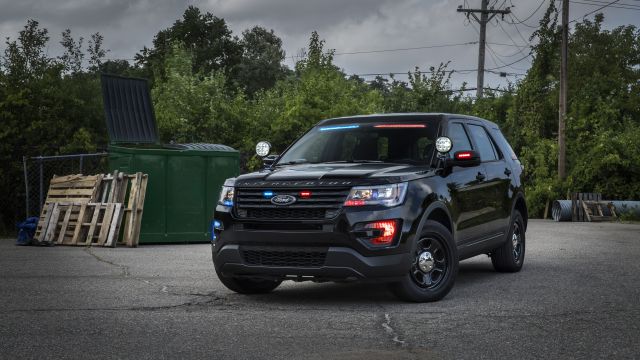 SMS
Ford's New Feature For Cop Cars Is Pretty Stealthy (Sorry, Speeders)
By Katie Link
By Katie Link
April 10, 2016
Thanks to Ford Motor Co.'s new lighting feature, you may not know an officer is behind you until it's too late.
SHOW TRANSCRIPT

If you're a speed demon, you may want to listen up. A new feature for police vehicles could make your life a lot harder.

Ford Motor Co. recently debuted its new factory-installed "no profile" light bar. The bar is installed in the visor of the vehicle and, when activated, flashes red and blue light through the top of the windshield.

These visor lights aren't a totally new concept, and stealth isn't the only goal.

According to a Ford spokesman, it's also about safety. He said, "Today, agencies typically use aftermarket interior visor light bars that are somewhat bulky and can obstruct the field of vision — especially for taller officers."

The feature is available on the 2017 Ford Police Interceptor Utility vehicles.