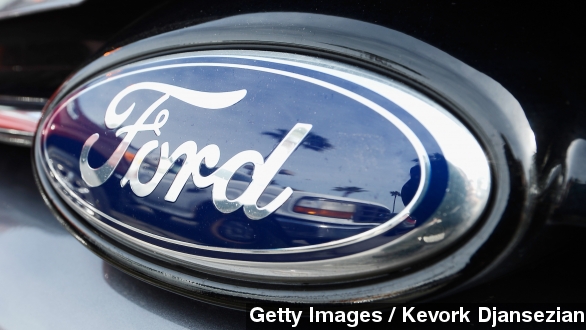 Ford Motor Co. has agreed to expand its recall of driver-side air bag inflators after calls from the National Highway Traffic Safety Administration.

This latest announcement adds 447,000 cars to the recall list, bringing the total number of vehicles in need of a replacement to just more than 502,000.

An NBC reporter notes: "Until now the regional recall on the air bags affected cars mostly in areas along the Gulf Coast with high temperatures and humidity. But the government says it's making this new move after learning about two incidents outside those areas."

According to Bloomberg, the problem lies in the air bag inflator. The part has been under scrutiny since "flaws were identified that can cause them to explode, sending metal shrapnel into drivers and front-seat passengers." The device has reportedly ruptured in five fatal accidents.

The air bags are produced by Japanese company Takata Corp. The government called on five automakers to issue a national recall — Honda and Mazda have already agreed, putting pressure on the remaining two, BMW and Chrysler.

Earlier this month a Takata official appeared before a House subcommittee hearing on the matter and said evidence didn't support the need for a nationwide recall.

But the company softened its stance Thursday, taking out full-page ads in several U.S. newspapers, promising to increase testing to find the exact cause of the problem.

This video includes images from Getty Images and jo.schz / CC BY NC SA 2.0.