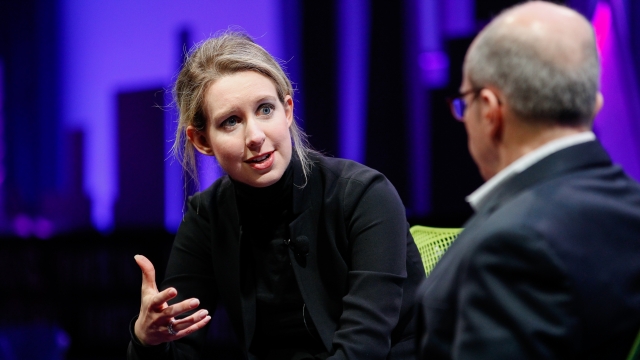 Elizabeth Holmes appears to have had a very rough year — at least by Forbes’ account.

The founder of blood-testing company Theranos was named America’s richest self-made woman last year, and her net worth was valued at $4.5 billion. Now, Forbes values her fortune at "nothing."

Holmes founded Theranos in 2003 at the age of 19 after dropping out of Stanford University. The goal was simple: to revolutionize the medical diagnostic industry. The company aimed to create a fast, affordable and relatively painless method to test for diseases.

Initially, investors believed in it and poured out lots of money to make it successful — the company was previously valued at $9 billion in 2014.

But then last fall, a series of scathing reports called the company’s testing accuracy into question. In turn, federal health care groups started investigating and threatened to ban Holmes from the industry altogether.

As the company crumbled, Forbes circled back and re-evaluated its value. After speaking with "a dozen venture capitalists, analysts and industry experts [it] concluded that a more realistic value for Theranos is $800 million." Factor in the investment paybacks and Forbes says Holmes is pretty much broke.

After the report was published, a Theranos spokeswoman sent out a statement that reads: "As a privately held company, we declined to share confidential financial information with Forbes. As a result, the article was based exclusively on speculation and press reports."

It's estimated Holmes' entire wealth is wrapped up in her 50 percent stake in the company. Forbes acknowledged Theranos could have a higher evaluation due to existing investors but said, "Holmes falls off the list of America’s Richest Self-Made Women and off all of Forbes’ other wealth lists."

This video includes clips from Forbes, NBC, USA Today and Theranos and images from Getty Images.