For The First Time, Saudi Women Vote In Municipal Elections 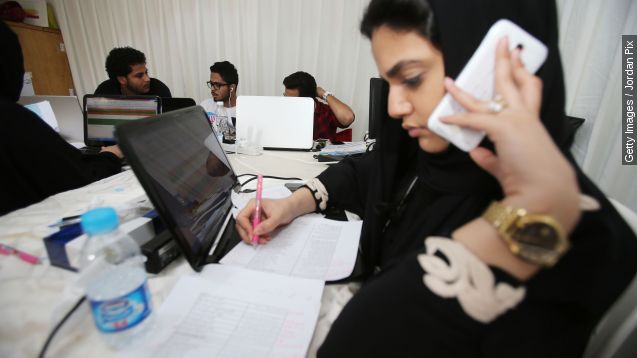 SMS
For The First Time, Saudi Women Vote In Municipal Elections
By Matt Picht
By Matt Picht
December 11, 2015
Almost 1,000 women are running for local leadership positions, and around 130,000 women have registered to vote.
SHOW TRANSCRIPT

Saudi Arabia's municipal elections will have a historic addition this year — female candidates and voters.

This small bit of women's suffrage in the traditionally gender-segregated country comes thanks to a royal decree by the late King Abdullah in 2011. Almost 1,000 women are standing for election, and around 130,000 women have registered to vote — compared to 1.35 million male voters.

But the campaign trail hasn't been easy: Female candidates have been unable to give speeches directly to male voters thanks to laws designed to separate the two sexes.

And the seats up for grabs don't have much political power; municipal representatives mostly deal with local community issues, while the national decisions are made by King Salman and his cabinet.

Still, the election is another encouraging sign that Saudi Arabia's women are getting more political power. Comparatively, in 2013, 30 women were appointed to the country's 150-member advisory council.