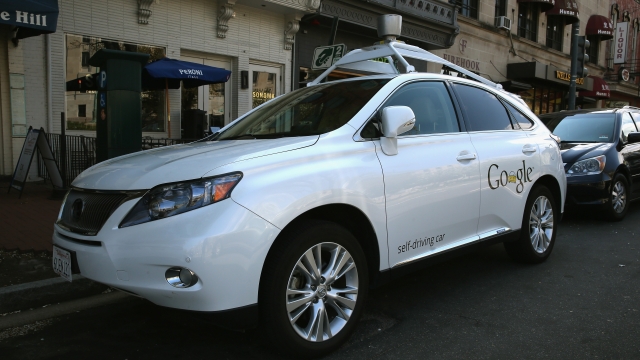 SMS
Google Says Its Self-Driving Car Caused A Crash For The First Time
By Ben Lawson
By Ben Lawson
March 1, 2016
Google says its autonomous car is at fault in a collision with a public transit bus in California.
SHOW TRANSCRIPT

For the first time, Google is admitting one of its self-driving cars should take at least some of the blame in a crash.

The accident occurred last month while Google's car, a Lexus SUV, was trying to navigate around some sandbags while in autonomous mode. A public transit bus was approaching from behind, but Google's vehicle anticipated the bus would yield or stop as the SUV moved around the bags.

According to a report released by the California Department of Motor Vehicles, the autonomous car was traveling about 2 miles per hour and the bus was moving about 15 miles per hour when Google's car hit the side of the bus.

No injuries were reported, but the autonomous car took some damage to its front fender, left front wheel and driver's side sensors.

Google said the accident was caused by the "type of misunderstanding [that] happens between human drivers on the road every day."

This is far from the first collision for one of Google's self-driving cars, but the company usually says clumsy human drivers are to blame.

For its part, Google says since the collision it has programmed its autonomous cars to understand that buses are less likely to brake than other vehicles.