For Some Conservatives, #NeverTrump Has Nothing To Do With Winning 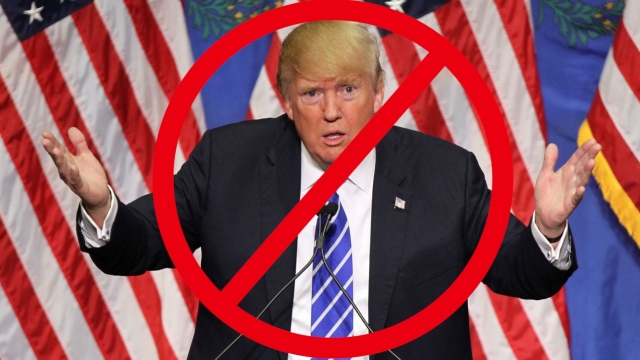 There's been a lot of chatter about a possible third-party run from the #NeverTrump wing of the GOP — that some shining knight will ride in and give Republicans who are scared of Donald Trump and loathe Democratic front-runner Hillary Clinton a more palatable conservative choice.

It's a plan that's a bit out of the norm. A third-party candidate would split votes with Trump, almost assuredly lose and be seen as playing spoiler a la Ross Perot in 1992.

But for these folks, it's not about winning the White House. It's about ideology.

Trump is brash, doesn't believe in political correctness and is way to the left on issues of historical importance to the GOP. His unfavorability rating at this point is one of the highest in history, leading some to think he'll lose badly in November. But mostly, they're concerned he doesn't represent the conservative values and that Trump as standard-bearer of the party spells disaster for the growth of the party moving forward.

But a third-party candidate getting on a ballot this late in the game is hard to fathom. The amount of money and organization needed is astronomical. And the deadline to get on the ballot in some states like the always-red Texas has already passed.

Not to mention it could be a political career-ending suicide mission, forever painting the candidate as being instrumental in handing the White House to Democrats for a third term in a row.

But that may not factor in the decision-making process, because when they say #NeverTrump, they mean it.