For Sale: A Dark Part Of Canada's Past 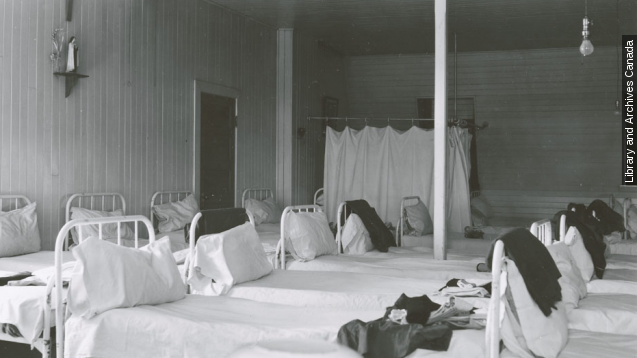 SMS
For Sale: A Dark Part Of Canada's Past
By Samantha Crook
By Samantha Crook
July 8, 2015
A former Canadian school is for sale, but it has a dark side. Indigenous children were taken there and abused, a violent time in the country's past.
SHOW TRANSCRIPT

This abandoned school was part of a violent time for indigenous populations in Canada. Now, it's for sale. (Video via YouTube)

An anonymous seller has listed the former Birtle Indian Residential School in Canada on an online marketplace owned by eBay.

Throughout the 20th century, an estimated 150,000 Aboriginal children were removed from their communities to attend schools like the one for sale, according to the Canadian government.

"Two primary objectives of the residential school system were to remove and isolate children from the influence of their homes, families, traditions and cultures, and to assimilate them into the dominant culture. ... Indeed, some sought, as was infamously said, 'to kill the Indian in the child,'" Canadian Prime Minister Stephen Harper said in a formal apology.

The schools were sites of abuse, forced labor and sexual assault, according to former students and advocacy groups.

The Birtle school operated from the 1930s to 1972, but the last federally run Indian residential school didn't close until the late 1990s. (Video via CBC News)

The U.S. shares a similar history of abuse and assimilation of native populations through schools and continues to deal with the residual effects.

"Let's put our minds together to improve our schools ... and that means returning control of Indian education to tribal nations," said President Barack Obama.

Despite the Canadian school's role in abusing indigenous people, some want to restore the building for educational purposes.

The seller told the Winnipeg Free Press he couldn't find a real estate agent willing to handle the listing. The asking price for the school is $79,000 Canadian dollars.

This video includes an image from Northwest Museum of Arts and Culture and music from Chris Zabriskie / CC BY 4.0.