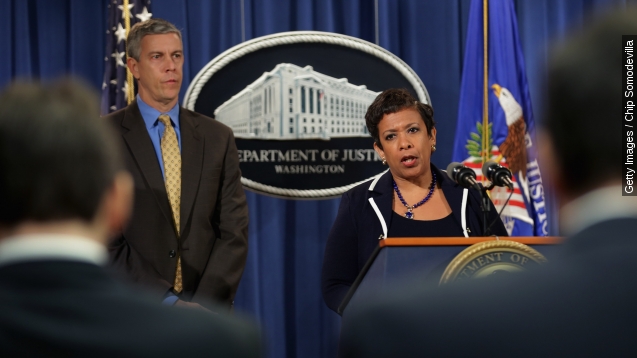 SMS
For-Profit College Company Gets Major Fine
By Katie Link
By Katie Link
November 17, 2015
The Department of Justice slapped a major fine on Education Management Corporation. Is this the latest in the crackdown on for-profit colleges?
SHOW TRANSCRIPT

For-profit colleges across the country are under fire. Just take Education Management Corporation, or EDMC, for example.

The company enrolls more than 100,000 students and operates schools under the names The Art Institute, Argosy University, Brown Mackie College and South University. A yearslong Justice Department investigation wrapped up this week reveals it hasn't been playing by the rules for a while.

According to accusations from former employees, EDMC has been operating "recruiting mills" of sorts, illegally paying recruiters for enrolling students, and misleading both students and investigators about its practices. As a result, the company will have to fork over $95.5 million to settle with the DOJ.

"The unprecedented size of this payment and the stringent compliance measures that EDMC has accepted reflect the fact that this kind of abuse hurts not only taxpayers but also the students, many of them nontraditional learners like veterans, older Americans and working parents," Attorney General Loretta Lynch said. (Video via Bloomberg)

But EDMC isn't the only for-profit school in the crosshairs. According to a report from The Brookings Institution, students at for-profit colleges have a lot more student debt than other graduates. (Video via Brown Mackie College)

And a Senate report reveals most for-profit colleges charge higher tuition than community colleges or public universities and train recruiters to lure potential students in. For-profit staff are usually paid far more than traditional college staff, despite high withdrawal rates among students at these institutions.

"Too many of these guys took advantage. Taxpayers have been on the hook. People have taken out these big loans, and they're on the hook, where you're ending up at a worse financial situation than where you started. No one signs up for that," Education Secretary Arne Duncan told CNN.

So EDMC gets a major reprimand this time, but what about the other for-profit colleges out there making similar ploys? The Department of Education says it's working on it. Back in July, the department set out to crack down on bad practices among for-profit institutions.

The department mandated a new set of rules known as gainful employment regulations, which essentially require colleges to prove they're not overcharging and that their students can eventually pay off the debt they acquire after they graduate. (Video via University of Phoenix)

Despite the settlement, EDMC continues to deny it has done anything wrong.