For Much Of History, New Year's Day Didn't Come Until March 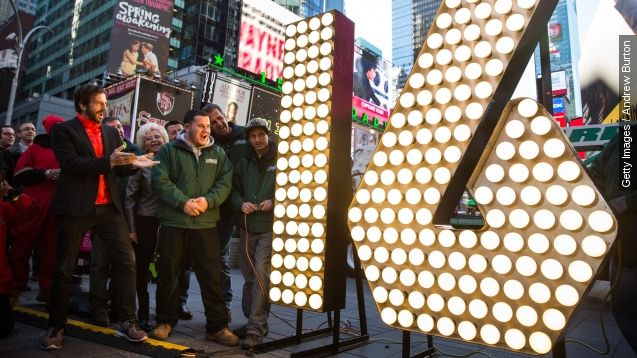 SMS
For Much Of History, New Year's Day Didn't Come Until March
By Ryan Biek
By Ryan Biek
December 31, 2015
Politics has more to do with the calendar than you may think.
SHOW TRANSCRIPT

Have you ever wondered why we ring in the new year on Jan. 1? Well, for much of history, people actually celebrated in March.

The back and forth from March to January can be attributed to politics –– that, and people didn't really have a good grasp on how to tell time.

Flash back to the Roman empire, when the world ran on the lunar calendar. (Video via NASA)

According to the Greek philosopher Plutarch, the first king of Rome was "a lover of battle" and favored March because it was named after Mars, the god of war.

When Numa, "a lover of peace," became king, he switched the calendar's start to January, named after a god who was more of a statesman than warrior.

By the time Caesar came to power, a new calendar was needed. Months no longer corresponded with their correct seasons. His Julian calendar also put the start of the year in January.

Yet throughout the Middle Ages, some Europeans celebrated New Year's Day in March, and others even on Christmas Day.

By the 1500s, the calendar had fallen out of sync with the seasons yet again; enter the Gregorian calendar.

Catholic nations followed the new calendar and its Jan. 1 new year, but Protestant nations considered it a plot to suppress their movement. England celebrated New Year's Day on March 25.

In fact, England didn't switch over to the Gregorian calendar until 1752. And America, being an English colony, followed a similar path.

A March New Year's could have been nice, though ... at least it would be warmer. (Video via CNN)