For Fourth Time In 2015, A Bangladeshi Blogger Is Murdered 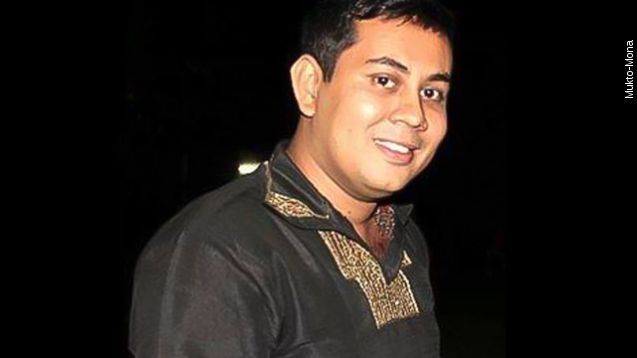 SMS
For Fourth Time In 2015, A Bangladeshi Blogger Is Murdered
By Jake Godin
By Jake Godin
August 7, 2015
A fourth secular blogger has been killed by a group of men wielding machetes in Bangladesh. All four were on a hit list released by an Islamist group.
SHOW TRANSCRIPT

A fourth secular blogger living in Bangladesh has been killed in a gruesome machete attack.

The blogger, who went by the name Niloy Neel when writing, was murdered in his Dhaka apartment on Friday.

The BBC reports that six attackers entered Neel's apartment posing as potential renters. From there, two took Neel into another room and murdered him.

Neel spoke to The Guardian in May, saying he had tried filing police reports after he started getting harassed, but the complaints weren't taken seriously.

Neel is the fourth secular blogger to be killed in less than a year with three others being murdered in February, March and May. (Video via France 24)

According to Reporters Without Borders, all four bloggers were on a hit list released by a Bangladeshi Islamist group released last November.

Amnesty International has called on the Bangladeshi police to take action in preventing this from happening again, and that those responsible are brought to justice.