Football Standout Doug Flutie Loses Both Parents Within An Hour 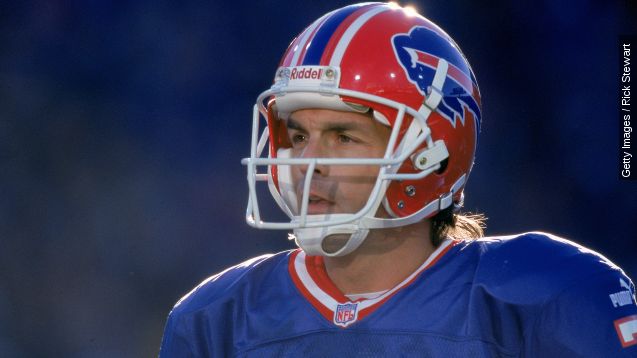 SMS
Football Standout Doug Flutie Loses Both Parents Within An Hour
By Matt Moreno
By Matt Moreno
November 19, 2015
Flutie's father passed away from complications of a recent heart attack. Less than an hour later, his mother had a sudden heart attack and also died.
SHOW TRANSCRIPT

"They say you can die of a broken heart and I believe it."

That's what former NFL quarterback Doug Flutie wrote Wednesday about his parents, Dick and Joan, who died an hour apart.

A writer for the Boston Herald called them "a perfectly matched couple."

In the Facebook post, Flutie thanked his father for coaching him and his mother for working the concession stands.

Their contributions, of course, helped propel Flutie to a successful football career. He was a standout quarterback for four years at Boston College.

His most memorable moment came in 1984 when his last-second Hail Mary paid off and Boston College beat Miami. It's one of, if not the most, iconic plays in all of sports.

Flutie went on to win the Heisman that year, too — Boston College's first.

Flutie's parents had been married for 56 years and had four children together.