A Sinkhole In Florida Is Leaking Radioactive Water Into The Ground 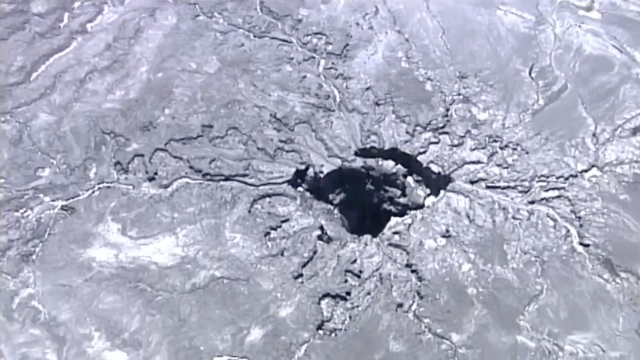 SMS
A Sinkhole In Florida Is Leaking Radioactive Water Into The Ground
By Ethan Weston
By Ethan Weston
September 17, 2016
At least 215 million gallons of radioactive water from a fertilizer plant seeped into an aquifer that Florida residents use.
SHOW TRANSCRIPT

A Florida company kept a dangerous secret from the public for three weeks: A massive sinkhole had leaked at least 215 million gallons of radioactive water into an aquifer.

The mining company said workers first noticed it around the end of August but didn't tell anyone because they found "no risk to the public."

And the sinkhole seems to be draining into an aquifer that provides drinking water to millions of people. It also feeds water into springs used for recreational activites.

Locals around the sinkhole told Newsy's partners at WFTS that they're worried about the safety of their drinking water.

"We have a well, and so if it ends up in the aquifer, it's going to end up with us," resident Amy Gibson told WFTS.

But officials from the plant say they took the necessary steps required by law when they first noticed the sinkhole.

One way the company is helping to clean up the area is pumping the water that the sinkhole leaked back up through on-site wells.

And the Florida Department of Environmental Protection confirmed that the company "immediately took steps to investigate and initiate corrective action."