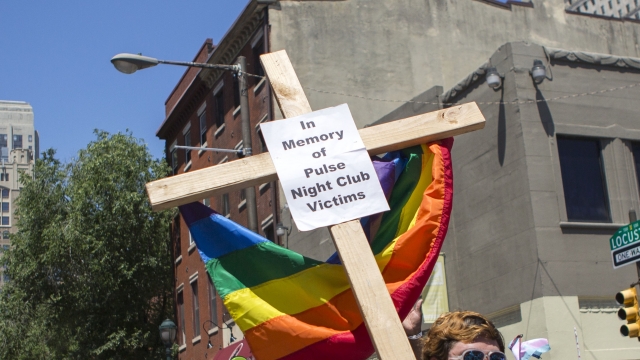 Florida prosecutor Kenneth Lewis has been suspended by the state's attorney's office over an offensive Facebook rant posted just after the Orlando mass shooting.

In his post, Lewis called Orlando "a melting pot of third-world miscreants and ghetto thugs" and a "national embarrassment." The post also sarcastically suggested the shooter's religion and motivation should not be published, so as not to offend anyone.

That post was time-stamped Sunday morning, when details about the shooting were still emerging. It was eventually pulled from Facebook but not before being captured by local media outlets.

This is Lewis' second social media strike; he was previously reassigned and required to undergo sensitivity training for some racially charged posts he made in 2014. Those posts prompted the state's attorney to re-examine 55 of his previous cases for signs of racial and other bias; the office eventually cleared Lewis of all bias claims.

The state's attorney's office said the most recent post violated its social media policy, which can lead to discipline up to and including being fired. The office didn't mention whether Lewis would be paid while on suspension.

The shooting left 50 people including the gunman dead and 53 injured, making it the deadliest mass shooting in recent U.S. history. The gunman pledged allegiance to the terrorist group ISIS, but authorities haven't found any evidence he was linked to the group.

This video includes images from Getty Images and videos from WFTV and WOFL.