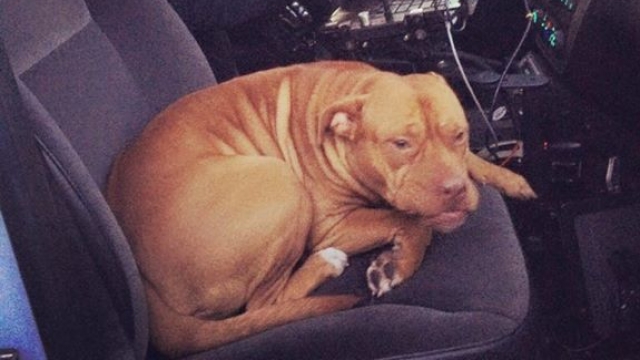 SMS
Florida Pooch Plays Police Officer, Hops Into Open Cruiser
By Katherine Biek
By Katherine Biek
February 10, 2016
A dog jumped into an open police car in Florida while the officer was sitting inside writing a police report.
SHOW TRANSCRIPT

If there's one universal thing we know about dogs, it's that most of them enjoy riding in cars.

Which is perhaps why this Florida pooch decided to hop into an open police cruiser Tuesday.

The Jacksonville Sheriff's Office posted this adorable photo on its Facebook page, writing the dog got comfortable in the car while officer Larry Taylor was writing a police report with the door open.

The post quickly went viral. As of Wednesday morning, it's been liked more than 62,000 times and shared more than 10,500 times on Facebook.

And it's even been picked up by local news outlets.

"Was she lonely? Or did she have hopes of becoming a K-9 officer? We don't know," a WTVT anchor reported.

"You see the smile in the background on the officer's face," a WTSP anchor said.

"He can't believe it's happened!" his co-anchor said.

The dog's owner was eventually found, but we happen to think the animal would've made a great partner for officer Taylor. After all, she has already claimed her spot in the cruiser.

This video includes an image from the Jacksonville Sheriff's Office.