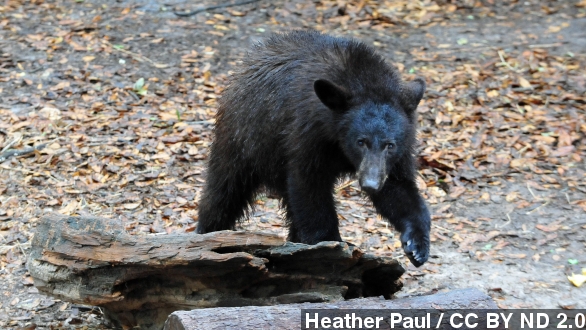 We've seen some odd news out of Florida. And now, it looks like the state is on the verge of a massive black bear hunt.

Black bear attacks have been on the rise in the state, causing some to say measures need to be taken to control the population.

One possible reason for the attacks: Black bears are attracted to the scent of human food, often bringing them into public and residential areas.

The state allowed black bear hunting — off and on — up until 1994. The Florida Fish & Wildlife Conservation Commission chose to ban the practice after finding much of the public was against hunting black bears, which were also a threatened species at the time.

As the Orlando Sentinel puts it, "bears seem as common as squirrels" in some areas of the state and pose a major public-safety concern.

Allowing hunting of the bears, along with training Florida residents how to keep black bears at bay without harming them will be considered as solutions.

The Florida Fish and Wildlife Conservation Commission will meet to talk about how to manage the black bear population on February 4 and 5.