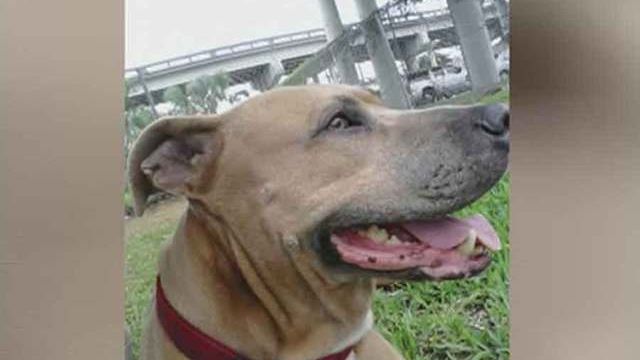 A Florida man lost his service dog in an alligator attack, and now he's calling on local authorities to make sure other gator attacks can't happen again.

Robert Lineburger's service dog, Precious, kept him company for six years, helping detect his seizures before they happened. He told Newsy's partners at WFTX he was leaving his boat at the Port LaBelle Marina to use the restroom when he and Precious ran across an alligator on the pier.

Lineburger told the station: "She jumped in front of me. She was roughly about 2 to 3 feet in front of me when the gator attacked."

Lineburger's neighbors said alligator sightings weren't uncommon in the area. One person told WFTX: "I've seen them on land; I've seen them right [by the pier] ... I have no doubt they've been on the dock."

Lineburger says the pier's poor lighting conditions are partly to blame for the attack, since they prevented him from spotting the alligator until it was too late. He's petitioning Glades County officials to examine the marina for code violations.

He told WFTX: "Nothing they do will bring her back, but I do not want her death to be in vain. ... At least let it accomplish something and get some of these violations taken care of."

Compliance officials told the New York Daily News they sent someone out to inspect the site for code violations Thursday, but they haven't confirmed any so far. The inspector's full report doesn't come in until Monday.