Hurricane Matthew May Cause Some Floridians To Miss Voter Registration 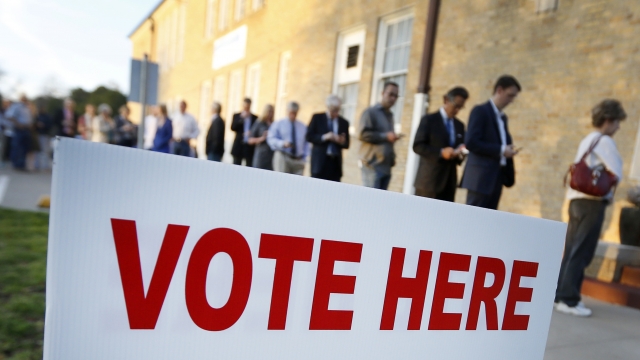 SMS
Hurricane Matthew May Cause Some Floridians To Miss Voter Registration
By Lindsey Pulse
By Lindsey Pulse
October 7, 2016
After the hurricane closed down planned registration drives, the Clinton campaign requested an extension on the state's Oct. 11 deadline.
SHOW TRANSCRIPT

Hurricane Matthew has forced more than a million Floridians to uproot their lives. And some are concerned how that'll affect the upcoming presidential election.

Early this week, the Clinton campaign asked for the state's voter registration deadline to be extended.

Clinton's campaign manager Robby Mook told reporters he was "hoping and expecting that officials in Florida will adapt deadlines to account for the storm."

But Gov. Rick Scott wasn't really having it. He told the campaign people have had plenty of time to sign up and said voters have had "lots of opportunities," like early voting and absentee voting.

But the Miami Herald points out states often see a surge in registration right before the deadline. In Florida, that deadline is Oct. 11.

A University of Florida professor told the paper that in 2012 about 50,000 people registered in the five days before the election.

Critics have said the governor lacks empathy for people who might be affected by the storm.

This isn't the only potentially restrictive measure Floridians have faced over the years.

The state had pushed to shut down registration drives at the time, which African American and Latino voters reportedly use twice as much as white citizens.

On top of that, state officials had also restricted early voting hours which, some argue, prevents low-income earners from getting to the polls.