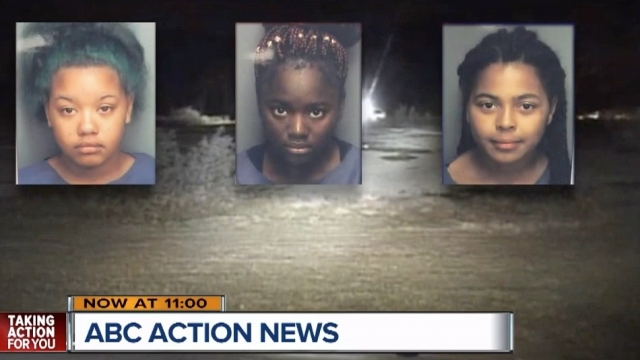 By Samantha Crook
April 22, 2016
A sheriff's office says dashcam video being shared online leaves out the part of the video they suggest proves deputies made a rescue attempt.
SHOW TRANSCRIPT

A Florida sheriff's office is responding to claims officers didn't try to save three teenagers from drowning last month.

The three girls reportedly drove a car they were accused of stealing into a pond after being trailed by police.

"I thought I heard them yelling as it was going down, but now ... they're done," at least one voice can be heard saying in a dashcam video released by the Pinellas County Sheriff's Office.

The Pinellas County Sheriff's Office says deputies removed their gun belts and clothes to try to rescue the girls, but "the conditions in the water prevented them from doing so."

On Friday, the sheriff's office posted a video titled "Post Rescue Attempt" and released a statement that said "people are irresponsibly and falsely posting on Facebook that deputies did not attempt to rescue the 3 girls."

The statement went on to say edits of the dashcam video being shared online leave out the part of the video they suggest proves deputies made a rescue attempt.

Newsy's partners at WFTS reported the girls' families are calling for a new investigation and suggested that parts of the story are being left out because of the girls' alleged criminal activity.

"My daughter was not perfect. What 15-year-old is?" the mother of one of the girls said.