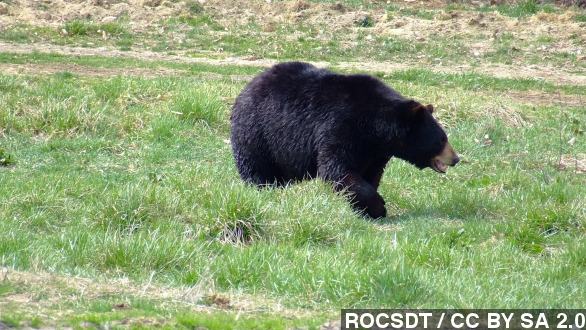 Three people are dead and eight have been taken to the hospital following the crash. The bear was killed in the collision.

According to WTVJ, three vehicles were involved in the accident. After an SUV struck the bear, another vehicle stopped to help. A third vehicle struck the SUV, killing three people in the second vehicle. Four of those injured in the crash were airlifted to a local hospital.

While those outside the state might find it odd to hear reports out of Florida involving a bear, several outlets made sure to mention Florida's bear population.

"Now the Florida Fish and Wildlife Commission tells us that it's not rare to have black bears in Florida. ... What is rare is for there to be some sort of a car crash involving a bear, but even that has happened before," reports MaryAnn Martinez of WFOR.

The Sun-Sentinel quotes one police official who says, "there are bears all through the Everglades, but this is the first time we've had an accident involving a bear."

And a report from the Miami Herald notes Florida's black bear population sits at more than 3,000. The Herald also points out black bears are Florida's largest land mammal.

Authorities are now working to determine if the third vehicle may have been traveling the wrong direction when it collided with the SUV.