Florida And The Carolinas Brace For Hurricane Matthew's Wrath 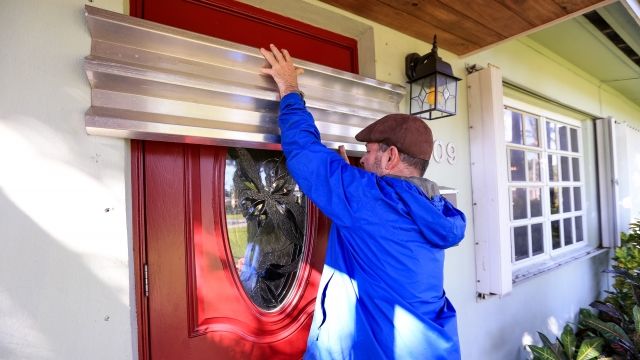 SMS
Florida And The Carolinas Brace For Hurricane Matthew's Wrath
By Briana Koeneman
By Briana Koeneman
October 5, 2016
Soon after emergencies were declared, many started packing their things or stocking up on provisions.
SHOW TRANSCRIPT

Residents in Florida, Georgia and both North and South Carolina are frantically making preparations as Hurricane Matthew looks to be heading toward the East Coast.

Soon after emergencies were declared in the Carolinas and Florida, many people started packing their things or stocking up on provisions to prepare for the worst.

SEE MORE: The US Government Now Has A Plan To Deal With Space Weather

Scott warned residents to get ready for power outages and evacuations.

South Carolina Gov. Nikki Haley initially ordered a complete evacuation of the state's coast. But she revised that plan Wednesday morning to include only Charleston and Beaufort counties.

Matthew made landfall in Haiti on Tuesday, packing 145 mile-per-hour winds and torrential downpours.

Reports from the scene say Matthew caused "total disaster" in both Haiti and Cuba. The storm has been blamed for at least 11 deaths so far.