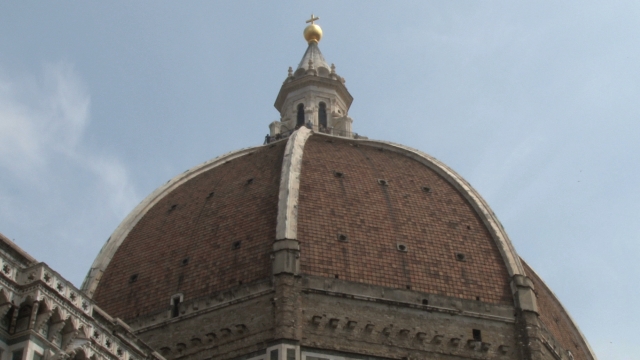 Florence, Italy, has been through a lot over the past six centuries: revolutions, wars, the Medicis. But according to a new paper, all that turmoil hasn't done much to change who's at the top of the economic ladder.

Two economists looked at tax data in Florence from 1427 and from 2011. They then traced back the surnames of Florence's wealthiest individuals today and found out how wealthy those families were almost 600 years ago.

As it turns out, most of the families at the top of the totem pole right now held pretty cushy positions in 15th-century Florence as well. According to their analysis, modern-day Florentines who descended from the wealthiest families automatically make around 10 percent more money than those who came from the poorest families.

The paper's authors say their findings challenge the notion that the advantages of coming from a rich family practically peter out after three generations. Rather, the wealth transferal in Florence suggests there's a societal safety net keeping rich families rich, even through centuries of turmoil.

Similar findings in Japan and Sweden lend weight to the theory that social mobility isn't as elastic as economists thought. It's worth noting, though, that charting long-term economic status is a tricky endeavor because of spotty and imprecise records.

One extra tidbit from the report: Some of Florence's wealthiest and poorest citizens both descend from members of the city's shoemakers' guild. Apparently, cobbling is a volatile profession in Italy.