Flint, Michigan, Declares State Of Emergency Over Lead In Water 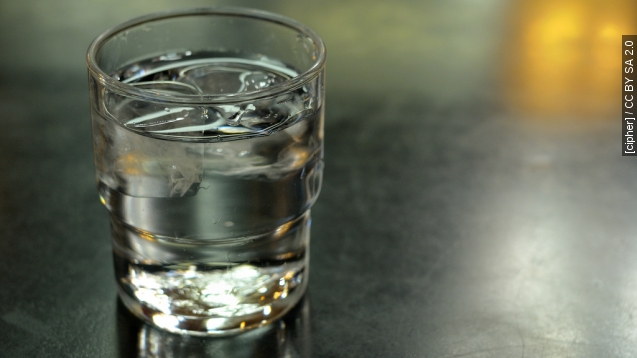 SMS
Flint, Michigan, Declares State Of Emergency Over Lead In Water
By Melissa Prax
By Melissa Prax
December 16, 2015
Tests have found alarming amounts of lead in children since the city switched its water source last year in an effort to cut costs.
SHOW TRANSCRIPT

The city of Flint, Michigan, is having a major problem with lead in its water supply. So much so, the crisis has been ruled a state of emergency.

Last spring, Flint switched from Detroit's water system to a nearby river. But, tests show some children who live in the city have an alarming amount of lead in their blood — triple that of average. It was determined aging water pipes were the problem. (Video via CBS)

Last week, the mayor's office announced it was putting phosphates into the city's water, a process that can take up to six months to reduce lead amounts.

So, why change the water source? Well, Flint has been financially burdened, and switching the source was estimated to save a hefty amount.

The plan was to eventually switch to Lake Huron as a water source after a few years. The city did return to Detroit's system in October, but even after a few months, there's been little improvement. (Video via WJRT)

Currently, it's not clear if the Federal Emergency Management Agency will be putting money toward the crisis. The county board of commissioners will first need to review the situation in a hearing.