Flint Could Get Expanded Medicaid, But It Still Needs More Funding 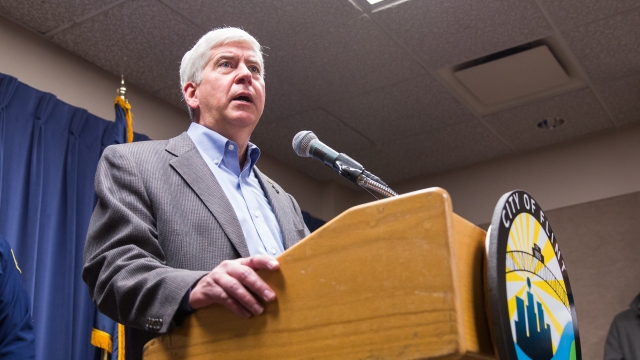 SMS
Flint Could Get Expanded Medicaid, But It Still Needs More Funding
By Grant Suneson
By Grant Suneson
February 14, 2016
Michigan Gov. Rick Snyder asked for more Medicaid coverage for Flint residents, but other efforts to help the city are hitting some snags.
SHOW TRANSCRIPT

Michigan Gov. Rick Snyder is asking for federal assistance to help Flint residents who were affected by the city's water crisis.

In a letter to the director for the Center for Medicaid and CHIP Services, Snyder requested that Medicaid be extended to all pregnant women and people under the age of 21 in the affected area.

He's also requesting that the federal government work to get resources to residents and aid in efforts to get lead out of the water.

Federal officials have said they will likely expand Medicaid coverage in Flint, but that's about all the help that Washington is offering.

The Senate was unable to agree on a Democrat-backed measure that would have provided hundreds of millions of dollars to Flint and its residents, as well as funding over a billion dollars worth of infrastructure loans.

Plans to find aid from within Michigan are also hitting some major snags. Last week, Snyder asked state lawmakers for nearly $200 million in aid for Flint, but the city's mayor said that money isn't enough to fix all of its problems.

This video includes clips from WXYZ, MSNBC and C-SPAN.