'Fit For Work' Employees In The UK Are Dying, And Often 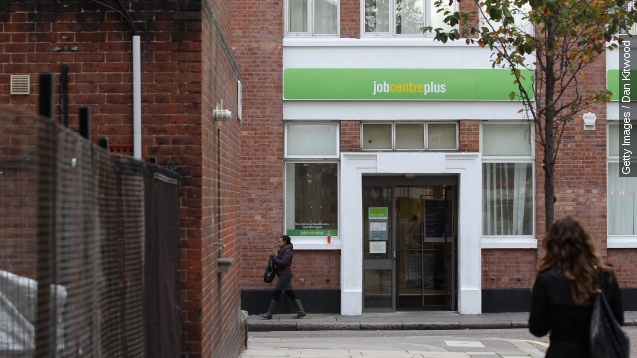 SMS
'Fit For Work' Employees In The UK Are Dying, And Often
By Katie Link
By Katie Link
August 27, 2015
The U.K. welfare system is under fire after a report showed about 80 Britons died each month shortly after they were deemed "fit for work."
SHOW TRANSCRIPT

The department discovered that between 2011 and 2014, more than 80 Britons died each month shortly after they were deemed "fit for work" and passed the notoriously difficult Work Capability Assessment.

The system works like this: Workers fill out that assessment; then, a health care professional analyzes it. The results determine if a person with a certain condition or disability can receive benefits.

So those numbers seem to show there's a problem here, but it's hard to tell if that system is to blame because people's cause of death wasn't recorded. So we don't know if those people died because they didn't receive benefits when they should have. There's also no telling if a lack of treatment for psychological issues played a part.

And here's the other problem: The government wanted to keep these numbers under wraps. The country's Information Commission later overruled that, forcing the document to light.

A trade unionist told the Huffington Post UK: "These disturbing findings cannot be swept under the carpet. ... We need a welfare system that supports people to find decent jobs not one that causes stress and ill health."

A spokesperson with the Department for Work and Pensions said the death rates were consistent with previous trends and that the government continues to support millions on benefits.

This video includes images from Getty Images and Roger Blackwell / CC BY 2.0.