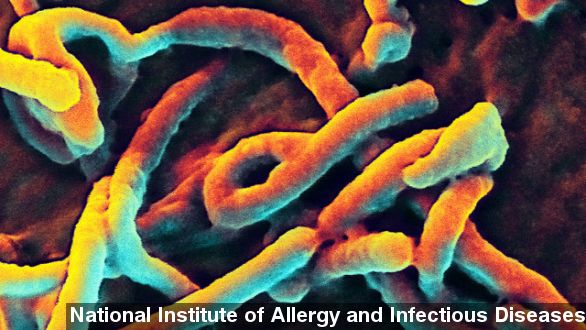 By Christian Bryant
September 30, 2014
The patient, who isn't being named, recently traveled to Liberia and showed symptoms of the virus days after returning to the U.S.
SHOW TRANSCRIPT

Officials with the Centers for Disease Control and Prevention confirmed Tuesday afternoon a patient at an Arlington, Texas health center tested positive for the Ebola virus — the first case diagnosed in the U.S.

CDC DIRECTOR TOM FRIEDEN VIA CBS: "We received in our laboratory today specimens from the individual, tested them and they tested positive for Ebola. The state of Texas also operates a laboratory that found the same results."

Texas Health Presbyterian Hospital Dallas said Monday that person was put into isolation "based on the patient’s symptoms and recent travel history." The Fort Worth Star-Telegram adds the patient came in on his or her own with those symptoms after traveling from Liberia. (Video via KPRC)

According to the CDC, 12 people have tested negative for Ebola since the end of July. But the U.S. has treated and released three Americans who contracted the virus while working in West Africa.

The Nebraska Medical Center released Dr. Rick Sacra, the most recent American Ebola patient, Sept. 25 after he was treated while held in isolation for 20 days.

The World Health Organization reports the Ebola virus has killed more than 3,000 people in West Africa and health experts previously predicted the outbreak could spread to the U.S., but health officials have reiterated that there will not be an outbreak stateside because of the country's health infrastructure. (Video via Euronews)

CDC Director Tom Frieden said Tuesday the next steps will be to safely care for the patient, identify all the people that might've made contact with the patient and monitor those individuals for up to 21 days.