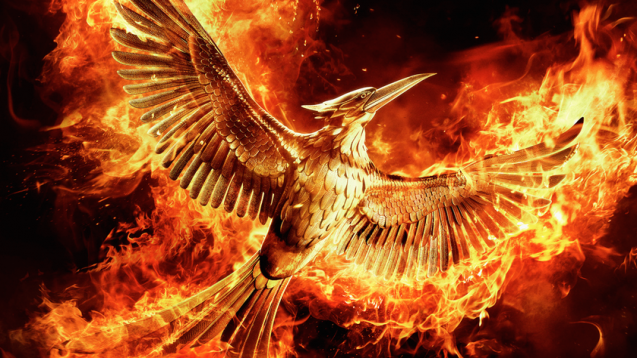 The first poster for "The Hunger Games: Mockingjay - Part 2" is here, and if it's any indication of what the movie will be like... well, it's going to be pretty hardcore.

If you're unfamiliar with the trilogy, that's a crumbling stone statue of President Snow, played by Donald Sutherland, with its head laying on the ground. The Mockingjay symbol is spray-painted behind it.

This is the second hint about the tone of the widely anticipated final movie; the first came at the end of the teaser trailer when Katniss Everdeen, played by Jennifer Lawrence, says, "Tonight, turn your weapons to the Capitol."

Despite complaints that the first film was less than action packed, fans are gushing with excitement for the final installment on social media.

But there's one person who doesn't share their excitement.

You can follow the buildup on social media with the hashtag, #uniterevolution. "The Hunger Games: Mockingjay - Part 2" hits theaters November 20.