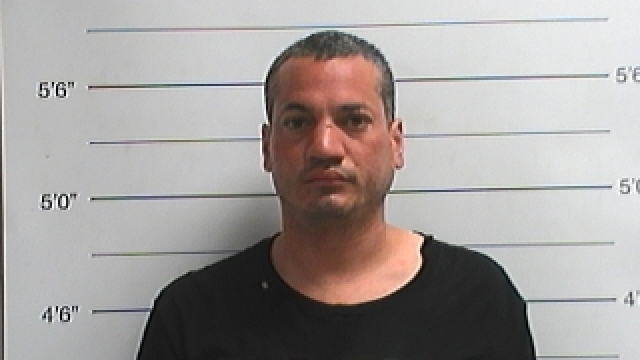 A man arrested in the French Quarter in New Orleans seems to be the first person to be charged under the state's new "Blue Lives Matter" law.

Raul Delatoba was arrested for criminal property damage, disturbing the peace and a felony hate crime.

The New Orleans Advocate reports Delatoba, a homeless man, was drunk Monday night when he allegedly smashed a window and yelled racial and sexual slurs at police officers.

Those slurs are what prompted the hate crime charge, but a spokesman for the New Orleans Police Department has since admitted "the responding officer incorrectly applied the law relative to a hate crime in this incident."

Louisiana might be the first state to pass a law classifying crimes against police as hate crimes, but other states are considering it. New Jersey and Pennsylvania introduced similar bills, and Colorado Rep. Ken Buck proposed the Blue Lives Matter Act of 2016 in the House of Representatives.

According to the FBI, in 2014, more than 48,000 officers were assaulted on duty and 51 officers were feloniously killed in the line of duty. Line of duty deaths dropped to 41 police officers in 2015.

But it seems in 2016 police officers have been increasingly targeted. Five police officers were shot and killed in Dallas and three were killed in Baton Rouge. The National Law Enforcement Officers Memorial Fund reports 80 officers have died in the line of duty this year, but it doesn't specify how many of those deaths were accidental and how many were criminal.