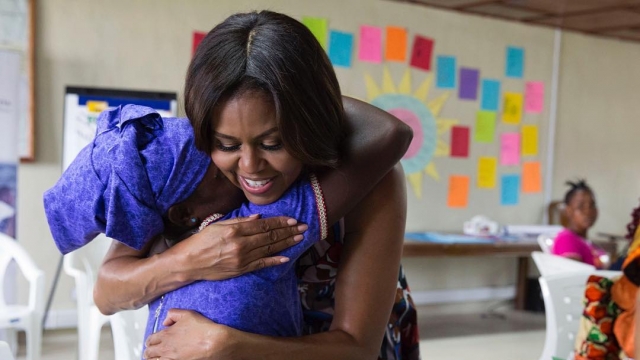 By Katie Link
June 28, 2016
The Let Girls Learn initiative has pledged millions of dollars to countries around the world.
SHOW TRANSCRIPT

Michelle Obama's quest to get girls into the classroom is picking up steam.

During her overseas trip to expand her Let Girls Learn initiative, the first lady announced major funding for education in Morocco.

A nearly $100 million investment from the Millennium Challenge Corporation will help establish a secondary education system and programs geared toward young girls in a country where more than a third of the total population is illiterate.

What's more — $400,000 from the U.S. Agency for International Development will help build new female dormitories to house girls living in rural communities who would otherwise be forced to forgo an education.

The Peace Corps will begin training volunteers in the area as Morocco becomes the 36th country to participate in the program.

The Peace Corps will also move in to Liberia with the goal of empowering young girls there. In that country, up to $27 million will be invested in the name of girls education.

The first lady launched Let Girls Learn alongside her husband in 2015. Since then, millions of dollars have been pledged to dozens of countries around the world.