First HoloLens Coming From Microsoft 'Within The Next Year' 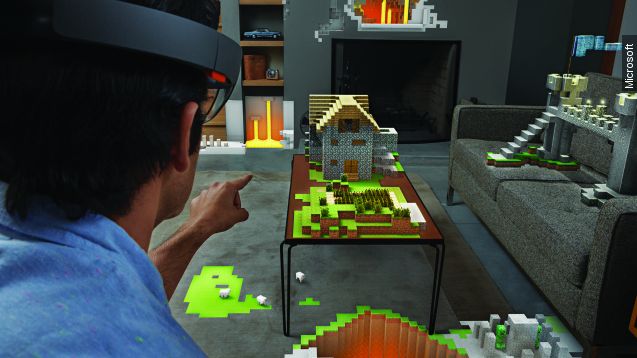 "Imagine a computer that allows you to put your images anywhere, and you can interact with things as a combination of the real world and holograms."

If you've been eagerly awaiting Microsoft's augmented reality headset HoloLens and you're a developer, your dream comes true "within the next year."

"We will have developer versions of it first, and then it'll be more commercial use cases and it'll evolve," Microsoft CEO Satya Nadella told BBC.

Speaking of evolving, check out this demo from Microsoft at E3 2015. You've never seen "Minecraft" like this before.

Aside from gaming, the HoloLens could have other transformative uses. Microsoft partnered with Case Western Reserve University to show how the gear could change the way future doctors learn anatomy. (Video via Microsoft HoloLens)