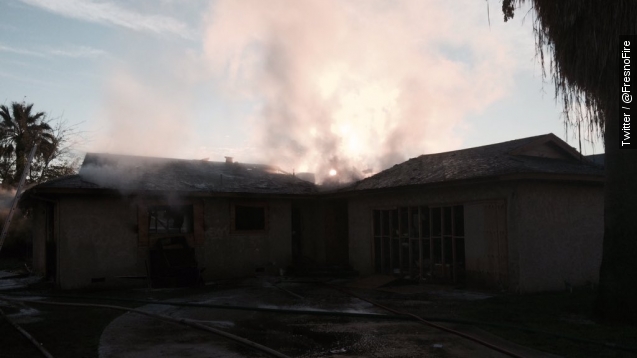 Five people are dead and a sixth is in critical condition after a fire broke out at an abandoned home in Fresno, California.

A witness told police he heard people screaming for help and trying to break through a window. Most of the windows and doors were boarded up.

A spokesman for the Fresno Fire Department said the victims likely died of smoke inhalation, but that hasn’t been officially confirmed.

All of the deceased victims are adults. Investigators are still working to determine the cause of the fire.