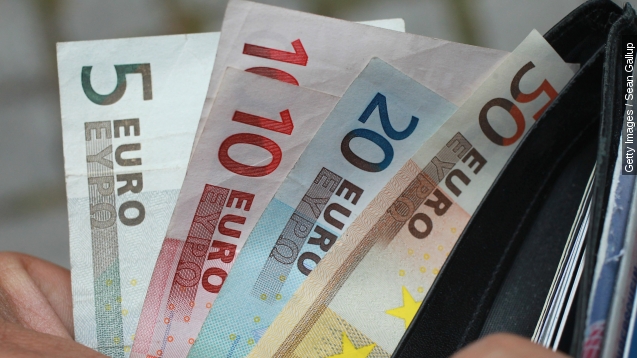 SMS
Finland Might Give Its Citizens 800 Euros A Month
By Ryan Biek
By Ryan Biek
December 7, 2015
The country is drafting plans that would give citizens a basic income and, in theory, simplify the benefit system.
SHOW TRANSCRIPT

Finland's government is drafting plans to give every adult citizen a basic income of 800 euros a month to simplify the country's benefit system.

The country's prime minister has said, "For me, a basic income means simplifying the social security system."

And a poll conducted by the government agency behind the basic income proposal found 69 percent of citizens support the plan.

Some sort of change seems necessary, with the nation facing close to 10 percent unemployment, its highest rate in 15 years.

Similar to the U.S.' system, an unemployed person taking a low-paying job can actually reduce his or her welfare benefits.

But some told the BBC they worry young adults would choose to live on the 800 euros instead of searching for jobs, a serious question since 22 percent of those under 24 years old are unemployed.

If Finland has the money for the basic income proposal is another question entirely.

Quartz calculates the plan would use roughly 96 percent of the country's 2016 expected revenue.