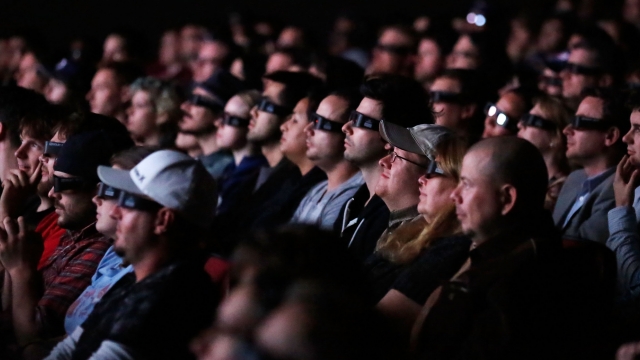 The service would let people watch new theatrical releases  from home for $50 a film and the cost of a $150 set-top box.

It's got the support of some heavyweight creators, like Steven Spielberg, Peter Jackson and J.J. Abrams. Abrams recently addressed his support for the service at CinemaCon, saying the industry has to adapt to keep itself viable.

But those feelings aren't shared across the industry. Director James Cameron said, "It's essential for movies to be offered exclusively in theaters on their initial release."

Which was obviously echoed by theater companies and movie distributors, which see Screening Room as a serious threat. But the service doesn't cut them out entirely.

Streaming Room would set aside up to $20 per movie for theater owners and pay distributors and production companies for the films.

Parker reportedly did land a few closed-door meetings at CinemaCon, so even though companies don't seem excited about it, they are definitely paying attention.

That could be a smart move because streaming has proven to be a pretty hard trend to fight. Just look at what's happened with television and music.