Fighting National Pessimism Is An Uphill Battle For Obama 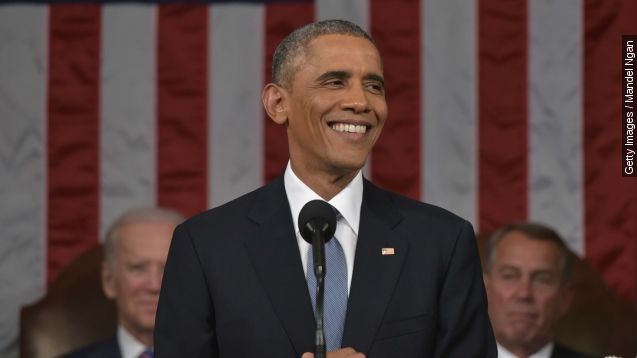 SMS
Fighting National Pessimism Is An Uphill Battle For Obama
By Zach Toombs
By Zach Toombs
January 12, 2016
A lot of statistics are trending the right way for the U.S., but most Americans think the country's headed in the wrong direction.
SHOW TRANSCRIPT

Is the country on the wrong track? More people are starting to say "yes," that the U.S. is headed in the wrong direction. That's a perception the president is trying to fight — especially because a lot of statistics are trending the right way.

Unemployment is down — at its lowest point since before the financial crash in 2008. The percentage of uninsured is down, meaning fewer Americans are going without health insurance.

And the rate of violent crime has plummeted in the last couple decades. But there's something funny about our perception of these issues. For instance, Americans always think we're seeing more violent crime, not less, which is just untrue.

And on a broader scale, the direction the country is headed in is a totally partisan issue. A vast majority of Republicans say we're on the wrong track. Less than half of Democrats say that. To some extent, that's to be expected any time a Democrat is in the White House.

But especially in this election year, with millions of Americans tuning in to this ... Republican supporters are likely to have an even more pessimistic view of how the country is faring.