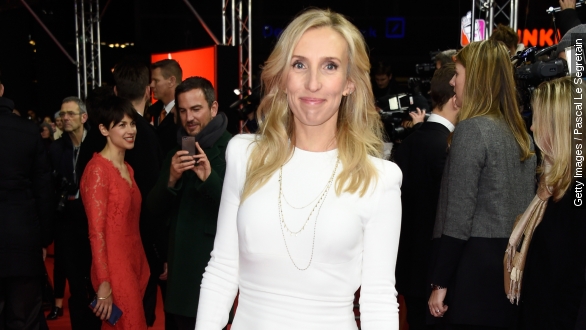 The "Fifty Shades" film franchise is in need of a new director after Sam Taylor-Johnson, who directed the first film, "Fifty Shades of Grey," said she won't return for the sequel.

Taylor-Johnson told Deadline in an exclusive statement Wednesday, "Directing 'Fifty Shades of Grey' has been an intense and incredible journey for which I am hugely grateful. ... While I will not be returning to direct the sequels, I wish nothing but success to whosoever takes on the exciting challenges of films two and three."

Not too shabby for a film whose production budget only totaled $40 million. So why would Taylor-Johnson want to leave such a successful film franchise?

Entertainment Weekly reports there were rumors Taylor-Johnson had creative differences with E.L. James, who wrote the book series, about what details from the book ended up making their way to the big screen.

In January, Taylor-Johnson told Variety about the film, "On the early draft, there was a sense there was way too much sex. ... We tried to balance the narrative correctly, so one doesn't feel like it's drowning the other." At the same time, James told the outlet, "'Fifty Shades of Grey' is first and foremost a romantic love story, and sex is only part of that.'"

Shortly after the film's release, The Huffington Post reported James was in talks with Universal Pictures to be a screenwriter for the second movie in the franchise, "Fifty Shades Darker."

While no release date has been set for the sequel, production on "Fifty Shades Darker" is expected to begin early next year. Stars Jamie Dornan and Dakota Johnson are expected to return.