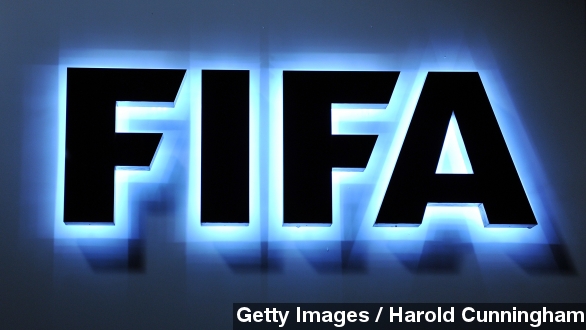 Corruption allegations have dogged FIFA over its decision to award the 2022 World Cup to Qatar. Now, its ethics committee has cleared the gulf state along with 2018 host Russia — and FIFA itself — of any wrongdoing during the bidding process.

The allegations specifically focused on possible improper payments from supporters of World Cup bids from Qatar and Russia to members of the executive committee in charge of awarding the tournament. (Video via PBS)

The ethics committee is supposed to be independent, but its decision is very convenient for FIFA and somewhat flies in the face of another investigation the organization commissioned into the bidding process.

That investigation — surprise surprise — is confidential, despite the desire of the investigator, former New York District Attorney Michael Garcia, to make it available to the public. (Video via Daily Mail)

Critics have also called into question the validity of the investigation itself, considering it was commissioned by FIFA and only five of the 11 committee members who voted on the World Cup locations actually cooperated with Garcia. (Video via CCTV)

While playing the 2022 World Cup in Qatar poses practical problems, like figuring out how to play a summer tournament in a country whose summer temperatures average higher than 100 degrees, it also poses humanitarian and ethical problems.

PETE PATTISSON FOR THE GUARDIAN: "Ganesh Vishwakarma left his home in rural Nepal for a job in Qatar. Six weeks later he died of a cardiac arrest. He was just 16."

The International Trade Union Confederation estimated at least 4,000 Nepalese and Indian migrant workers will die on construction projects for the 2022 World Cup by the time the tournament rolls around. (Video via RT)

That's been chalked up to dangerous work environments and squalid living conditions, but some workers have also accused their employers of confiscating their passports and visas, and the Qatari government of complacency. (Video via ESPN)

Because Thursday's report was specifically about the bidding process, it did not address those criticisms, although FIFA has said in the past it will closely monitor working conditions in Qatar.

DAMIAN COLLINS VIA BBC: "It's very limited and very flawed and what angers me and I think should anger football fans around the world is this report is being presented by FIFA as a thorough investigation which has proved there was no wrongdoing. ... The report simply does not substantiate that."

That's Member of Parliament Damian Collins, who is among a group of critics who have called for investigations into the bidding process from government agencies like the FBI, who has more power to subpoena suspected wrongdoing — something FIFA's investigation lacked.

The contrast between the joy of the World Cup for fans and the consternation with FIFA's perceived corruption is something John Oliver spoke about on his show this past summer.

HBO / "LAST WEEK TONIGHT WITH JOHN OLIVER": "Here's my conflict: The World Cup is one of my favorite things, but it's organized by these guys. ... For American viewers who may not have encountered them, FIFA is a comically grotesque organization."

The report did criticize England and Australia for improper behavior in their bids for the 2018 and 2022 World Cups, respectively.