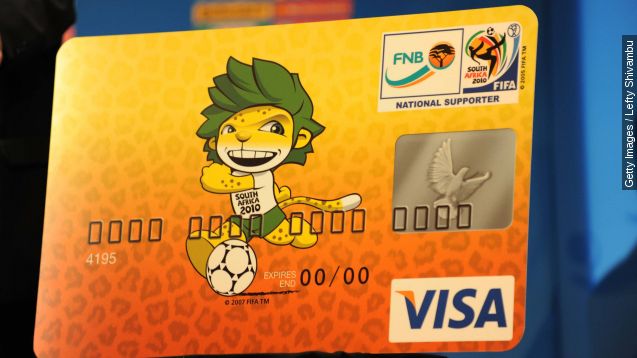 Nobody really wants their name or brand associated with FIFA right now, especially if you're a multibillion-dollar worldwide corporation.

Visa, one of FIFA's biggest sponsors, issued a stern warning to the organization in wake of the FIFA officials arrested for corruption. Visa released a statement saying, "As a sponsor, we expect FIFA to take swift and immediate steps to address these issues within its organization. ... Should FIFA fail to do so, we have informed them that we will reassess our sponsorship."

If Visa were to bow out, it'd be a major blow to FIFA's sponsorships. Visa is one of just six global FIFA partners and could be a leader amongst other brands abandoning the soccer organization.

Other FIFA sponsors McDonald's, Budweiser, Coca-Cola and Adidas also released their own statements on the matter, but none went as far to say they'd consider reassessing their sponsorships.

Visa was already unhappy with FIFA prior to these recent arrests as human rights abuses are well documented in Qatar, home of the 2022 World Cup. Migrant workers constructing stadiums for the World Cup have been described as working in slave-like conditions. (Video via Qatar's Supreme Committee for Delivery & Legacy)

"While arguments rage over the risks footballers will face playing in Qatar's extreme heat, migrant workers from Nepal are dying in record numbers," The Guardian reports.

Visa recently released a statement on the workers' conditions, saying the company had expressed their concerns to FIFA, but didn't mention pulling their sponsorship.

FIFA says despite the arrests, there will not be a revote for the locations of the 2018 and 2022 World Cups.