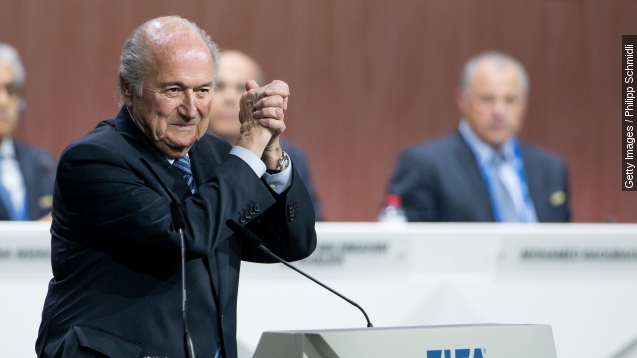 FIFA unexpectedly called a press conference Tuesday and made a big announcement: President Sepp Blatter will be stepping down. (Video via FIFA)

"I have asked Mr. Domenico Scala to monitor the implementation and execution of these measures and other initiatives," Blatter said.

Blatter announced he would be calling an extraordinary meeting of the FIFA congress to elect his successor less than a week after winning re-election as president.

Blatter also announced the organization would be undergoing substantial structural reforms in response to the outcry over FIFA's recent indictment. (Video via WFOR)

When it comes to those structural reforms, FIFA official Domenico Scala said nothing is off the table.