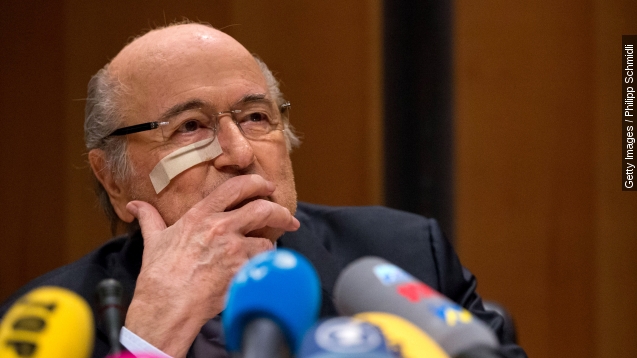 The FIFA ethics committee found Blatter guilty of making a $2 million "disloyal payment" to Platini in 2011.

The committee said in a  statement, "Mr Blatter's actions did not show commitment to an ethical attitude, failing to respect all applicable laws and regulations as well as FIFA's regulatory framework."

FIFA's next presidential election is scheduled for Feb. 2016.

Blatter and Platini are expected to appeal FIFA's decision.