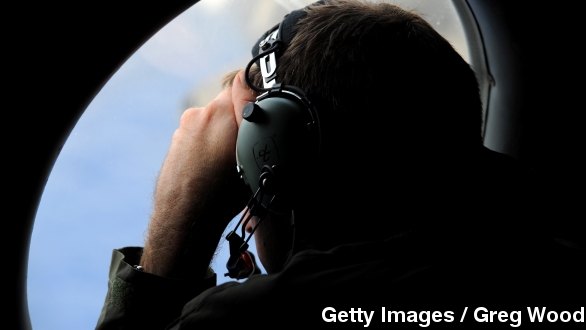 SMS
Few New Details In Malaysia's MH370 Investigation
By Evan Thomas
By Evan Thomas
March 8, 2015
A new report points to battery troubles aboard MH370, but questions about why or how the plane went missing remain unanswered.
SHOW TRANSCRIPT

One year after its disappearance, the first comprehensive report into the fate of Malaysia Airlines Flight 370 has not answered many questions.

"It's exactly a year since the plane, which was on its way from Kuala Lumpur to Beijing, went missing with 239 people on board. A huge search operation in the Indian Ocean has so far proved fruitless." (Video via The Telegraph)

Malaysian government investigators working with the data uncovered so far say a battery powering one of the planes locator beacons had expired more than a year before its disappearance in March 2014.

The report said there was no evidence to suggest the batteries powering the flight data recorder and cockpit voice recorder had failed. If the instruments are ever found, investigators will presumably be able to analyze their stored information.

Investigators also concluded MH370's flight crew was not stressed or behaving strangely ahead of the disappearance. "The Captain's ability to handle stress at work and home was good. There was no known history of apathy, anxiety or irritability."

In a broadcast on local television, lead investigator Kok Soo Chon emphasized the investigation is ongoing.

"New information that may become available may alter this information before the publication of the final report," Chon said.

Search teams from 26 countries have so far covered only 40 percent of the designated search area in the Indian Ocean. (Video via CBS)

Relatives of passengers aboard MH370, who marked the anniversary of the plane's disappearance this week with gatherings in Malaysia and China, have vowed to not give up the search.

Investigators say it will take months to fully analyze the information collected so far.