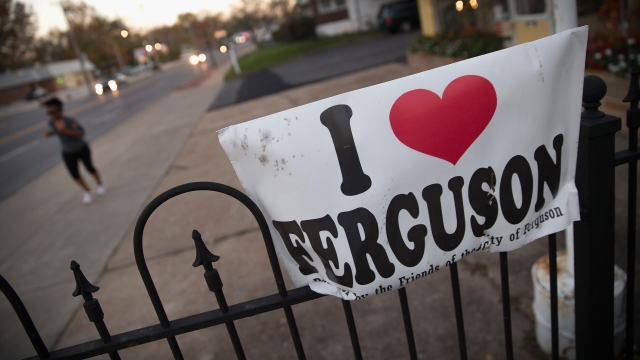 "We want people to know that, 'OK, we got stomped on, but we're not ready to give up,'" said Dorothy Kaiser, a volunteer at the I Love Ferguson store off South Florissant Road in Ferguson, Missouri.

Kaiser has been a part of the Ferguson community for nearly 80 years and has volunteered at the I Love Ferguson store since it opened in 2014. According to the late Brian Fletcher, former mayor of Ferguson and chairman of the committee that started the store, the I Love Ferguson campaigns started with yard signs.

"Once the yard signs started, the number that was printed was, like, 300. Then more people kept requesting them. Then a couple thousand were printed and distributed throughout the neighborhood," Kaiser said. "The store came about wanting to do something positive for the community. All the profits have gone back to the community in one form or another."

I Love Ferguson is a nonprofit organization that collects funds for the Reinvest North County Fund. According to Kaiser, the organization has raised more that $140,000 so far to help businesses and schools affected by protests following the killing of Michael Brown by a Ferguson police officer.

"I think the first thing was helping those poor people that had their businesses destroyed," Kaiser said. "Some of those people didn't have insurance, they had nothing."

She continued: "What happened was a most unfortunate happening, and it could've happened anywhere. From that negative came, 'We can survive.'"