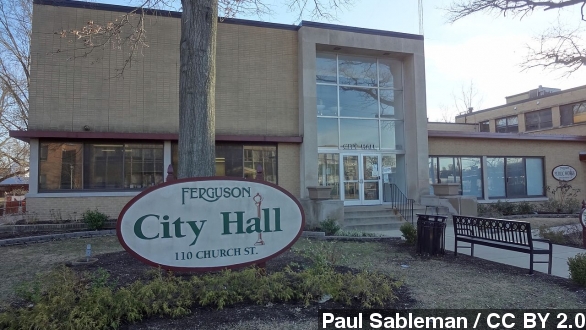 SMS
Ferguson Judge Resigns, State Takes Over After DOJ Report
By Matt Picht
By Matt Picht
March 9, 2015
Judge Ronald Brockmeyer is resigning from his role as the municipal court judge of Ferguson, Missouri after being criticized in a federal report.
SHOW TRANSCRIPT

After being singled out in a scathing report from the Department of Justice, the municipal court judge of Ferguson, Missouri has resigned from that position. The state's Supreme Court has also taken over handling all of the municipal court's cases.

Judge Ronald Brockmeyer was repeatedly criticized in the report for pushing forward revenue-driving policies that relied on aggressively ticketing and fining the city's minorities while forgiving the same offenses for his friends and family.

Further investigation into his background by The Guardian revealed Brockmeyer owed $170,000 in back taxes and held multiple jobs, some of which could have led to conflicts of interest. (Video via KSDK)

Brockmeyer, who will still hold other municipal court positions in nearby districts, told the Saint Louis Post-Dispatch "I don’t believe the report was correct ... but it's not worth fighting."

The Missouri Supreme Court is reassigning all Ferguson municipal court cases to Judge Roy L. Richter, a move it says will "help restore public trust and confidence" in the division.