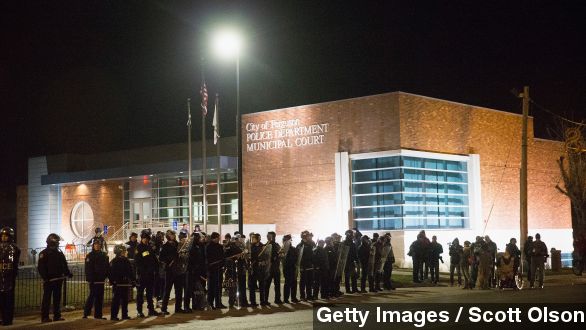 We'll have to wait a little longer before we know whether the St. Louis grand jury will indict Ferguson police officer Darren Wilson. We know a decision has been made, but we don't know what that decision is.

Hours before the decision is set to be announced, St. Louis Mayor Francis Slay said he had faith in protesters and in police to keep the peace.

"The world will be watching us. They're going to be watching how we handle our disagreements in the coming days," Mayor Slay said.

It’s up to the grand jury — which has been deliberating for the past three months — to determine whether there is enough evidence to charge Wilson in the Aug. 9 shooting death of unarmed, black teenager Michael Brown. (Video via KSHB)

The decision to hand Wilson's case to a grand jury was controversial to begin with. Prosecuting attorney Robert McCulloch defended the process as “fair, full and impartial.”

But critics say he was punting responsibility in not filing charges himself.

Part of the reason the jury took so to reach a decision is McCulloch pledged to present all possible evidence. (Video via KSHB)

The Wall Street Journal quotes him saying, “Absolutely everything will be presented to the grand jury. Every scrap of paper that we have."

If the jury did not return an indictment, prosecutors had assured the public that records of the court proceedings — which are normally kept secret — would be released. But that might not be the case anymore.

In a statement Sunday, a court official explained the judge must first review the materials before determining what's made public.

Meanwhile, uncertainty over the grand jury decision has put St. Louis on edge.

Last week, Missouri Gov. Jay Nixon had announced a state of emergency, allowing him to activate the National Guard in the event of violent protests. (Video via State of Missouri)

The charges Wilson faces range from manslaughter to first-degree murder. The jury will announce its decision Monday night.