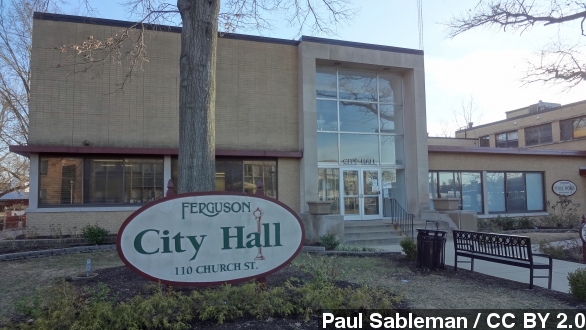 Another key figure in the Department of Justice's report on Ferguson, Missouri, has stepped down.

City Manager John Shaw, who was singled out in the DOJ report, announced he was resigning, saying it was in the community's best interest that he step down.

Shaw was among several city officials the report accused of treating the court system as an endless source of revenue.

The report cites several emails in which Shaw and other officials discussed ways to bring in more money. One email sent to him said, "Court fees are anticipated to rise about 7.5%. I did ask the Chief if he thought the PD could deliver 10% increase. He indicated they could try." In other emails, Shaw reacts to news of revenue milestones with cheerful messages of "Wonderful!" and "Awesome!"

Shaw responded to the report in his letter to the Ferguson community, saying, "I must state clearly that my office has never instructed the police department to target African Americans, nor falsify charges to administer fines, nor heap abuses on the backs of the poor."

The resignation comes one day after another figure in the report, Judge Ronald Brockmeyer, resigned from his position as Ferguson's municipal court judge. Shaw is cited as championing Brockmeyer, saying despite mixed reviews of the judge's work, losing him would lead to a "decrease in our Fines and Forfeitures."

This video includes images from Paul Sableman / CC BY 2.0.