Fentanyl Abuse, Overdoses On The Rise In New Hampshire 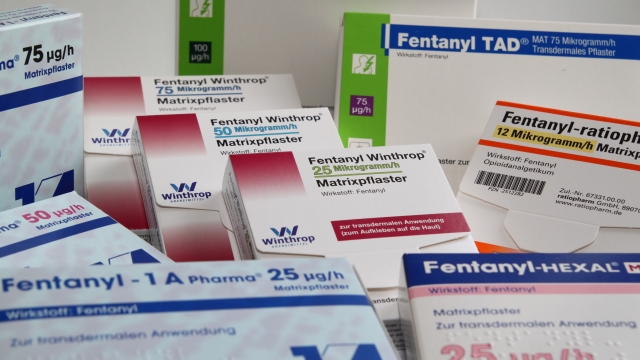 SMS
Fentanyl Abuse, Overdoses On The Rise In New Hampshire
By Mikah Sargent
By Mikah Sargent
February 5, 2016
There have been at least 266 overdose deaths involving fentanyl abuse in the state.
SHOW TRANSCRIPT

New Hampshire is facing a serious drug crisis at the hands of an opioid most often used for pain management in patients with cancer.

Fentanyl is a synthetic opioid commonly administered as either a patch or a lozenge.

According to the Drug Enforcement Administration, the drug is nearly 100 times more potent than morphine. It's very easy to overdose on fentanyl, and those overdoses often lead to death.

In New Hampshire alone, about 266 overdose deaths involving fentanyl have been reported.

The U.S. as a whole is facing an opioid and prescription drug crisis. The DEA says more people will die this year from drug overdoses than from car accidents. (Video via CNN)

This video includes images from Alcibiades and Eric Norris / CC BY 2.0.