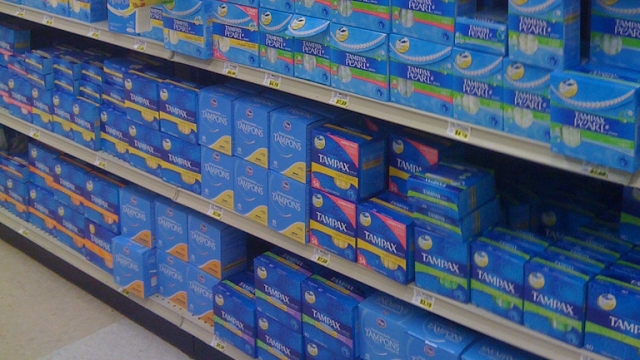 SMS
Female Utah Legislator Aims To Get Rid Of Luxury Tax On Tampons
By Melissa Prax
By Melissa Prax
February 10, 2016
A state representative will be presenting to an all-male committee a bill to get rid of the luxury tax on tampons.
SHOW TRANSCRIPT

This state legislator wants to get rid of Utah's tax on tampons.

A "tampon tax" is a luxury tax, and most states have them.

They're taxes on "unnecessary" things — including tampons, diapers and elderly incontinence goods.

Opponents say the tax on tampons exists because men are in decision-making roles. (Video via Kotex)

Susan Duckworth is sponsoring the bill and will present it to an all-male committee.

California and Virginia also have upcoming legislation that could eliminate this tax.

Proponents of keeping the tax say it helps the state's annual revenue. (Video via Tampax)

This video includes images from Getty Images, Shattonbury~commonswiki / CC BY SA 1.0 and Brad Cerenzia / CC BY 2.0.