Feds Will Investigate Role Of Race In Walmart Shooting 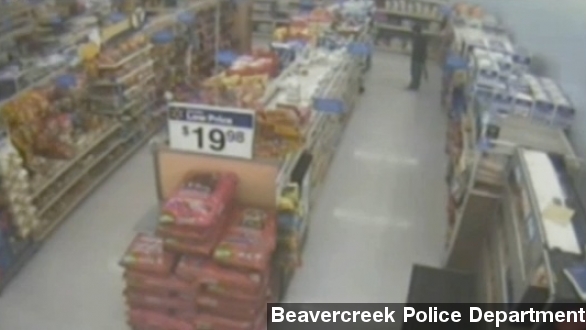 SMS
Feds Will Investigate Role Of Race In Walmart Shooting

By Jay Strubberg
September 25, 2014
The U.S. Department of Justice will lead a civil rights investigation into the shooting death of the man who held an air rifle inside an Ohio Walmart.
SHOW TRANSCRIPT

The U.S. Department of Justice says it will lead a civil rights investigation into the shooting death of the man holding an air rifle inside a Walmart store in Ohio.

SPECIAL PROSECUTOR MARK PIEPMEIER: "Even the Supreme Court of the United States said you can't judge this sitting at home on a Sunday afternoon, drinking a beer, watching the Bengals. You have to put yourself in their shoes at that time with the information they had."

The DOJ announced their probe Wednesday immediately after a grand jury decided not to indict the two police officers who fatally shot 22-year-old John Crawford III in early August.

In a statement, the U.S. Attorney's Office said federal agencies "will conduct a thorough and independent review" to look for violations of "federal criminal civil rights statutes." Meaning, they'll try to find out if race played a role in Crawford's death.

New surveillance footage of the shooting was also released Wednesday, which Newsy has decided not to show. The video does show the moment two white officers shoot Crawford, who is black.

Prosecutors say he appeared to pick up a pellet gun someone else had taken out of a box. The video shows Crawford walk around the store without pointing the pellet gun at anyone, and he was casually swinging it by his side when the officers opened fire.

The mother of Crawford's two children, who was on the phone with him when the shooting happened, says he wasn't threatening anyone and also yelled to the officers the gun was fake.

Crawford's family also released a statement upon hearing the ruling.

It says, in part, the new footage shows Crawford's death was "not justified and was not reasonable" and says there was "sufficient evidence and probable cause to move forward with criminal charges" against the officers. Crawford's family is scheduled to hold a news conference Thursday morning.