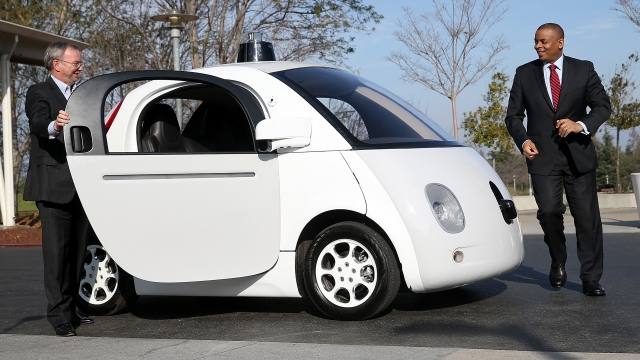 Federal regulators told Google that they're willing to call autonomous cars "drivers," which is a good thing, since the company has been working on a car that's basically a cockpit for people to sit back in and enjoy the ride.

The National Highway Traffic Safety Administration's decision is just an interpretation of existing federal law, though.

The new interpretation could be applied to current vehicle safety standards and regulations. These are the guidelines manufacturers have to follow that say cars must have crash avoidance tools like a rearview mirror or accelerator controls.

These two examples also happen to be things that Google's driverless prototype might not need, because the car is doing the driving.

Since the NHTSA is willing to call the car a driver, it seems to suggest the current safety standards could be tweaked to allow for the production of fully autonomous cars — where a person doesn't even have the option to grab hold of a steering wheel or slam on the brakes.

Meanwhile, in California, draft regulations explicitly state that autonomous cars still need these crash-avoidance systems, as well as a person to take the wheel in case of emergency.

So there's no consensus yet. But the NHTSA's willingness to call cars drivers is a sign that laws probably need updating to reflect newer (maybe even future) vehicles' technology.

This video includes a clip from Volkswagen.