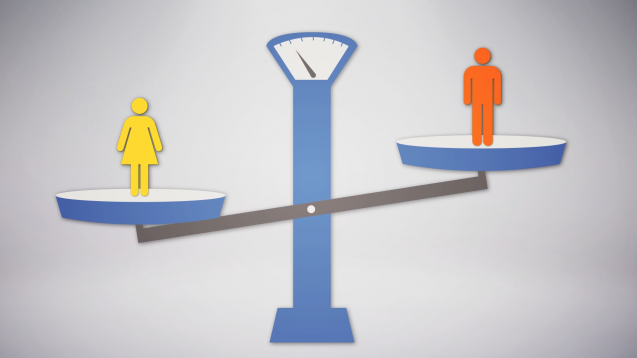 Hollywood's fight for gender discrimination has been in the media just about as much as Taylor Swift's girl squad has — and the government is finally listening. (Video via Big Machine Records / Taylor Swift)

The Los Angeles Times first broke the story after getting a copy of a letter the Equal Employment Opportunity Commission sent to female directors last week. The Commission has been requesting interviews "so that [they] may learn more about the gender-related issues which you are facing in both the film and television industries."

The investigation is a follow-up to grievances filed by the American Civil Liberties Union in May, in which the union requested a closer look at "the systemic failure to hire women directors at all levels of the film and television industry."

As a refresher, gender discrimination in Hollywood has been a long fought battle. Patricia Arquette dedicated her Oscar acceptance speech to it this year, and Jennifer Lawrence made headlines when she negotiated her "Passenger" salary to earn double that of co-star Chris Pratt.

Meryl Streep lobbied Congress to add an equal rights amendment to the Constitution that would guarantee equal pay for women. She sent letters to every member of Congress asking them to stand up for "your mother, your daughter, your sister, your wife or yourself."

"In the U.S., women make 23 percent less than their male counterparts. ... So, I figure if we're going to run our businesses like it's the 1960s, I'm going to act like it," Christina Hendricks says in a "Funny or Die" spoof on the modern office.

And while the gender pay gap is certainly nothing to brush off, female directors are one of the groups hardest hit by gender discrimination in Hollywood, making up only 7 percent of the directors of the top 250 domestic grossing films in 2014.

If the EEOC finds discrimination in Hollywood's hiring of directors, Deadline reports the industry could face a "government-led class action" suit based on anything from "sexism and ageism to racism and 'wageism.'"

But a reporter for the Los Angeles Times notes it could be hard to take legal action because of how many people are involved in the directorial hiring process.

Regardless, this investigation could be the tip of the iceberg on Hollywood’s discrimination issues, including sexism and ageism.

In general, it's harder for women to have a long-standing career in Hollywood because as Time reports, actresses' careers peak at 30 years old whereas their male counterparts' peak at 46. (Video via Comedy Central / "Inside Amy Schumer")

As of Tuesday, the Directors Guild has not issued a statement. The EEOC tweeted it can neither confirm nor deny any ongoing investigations.